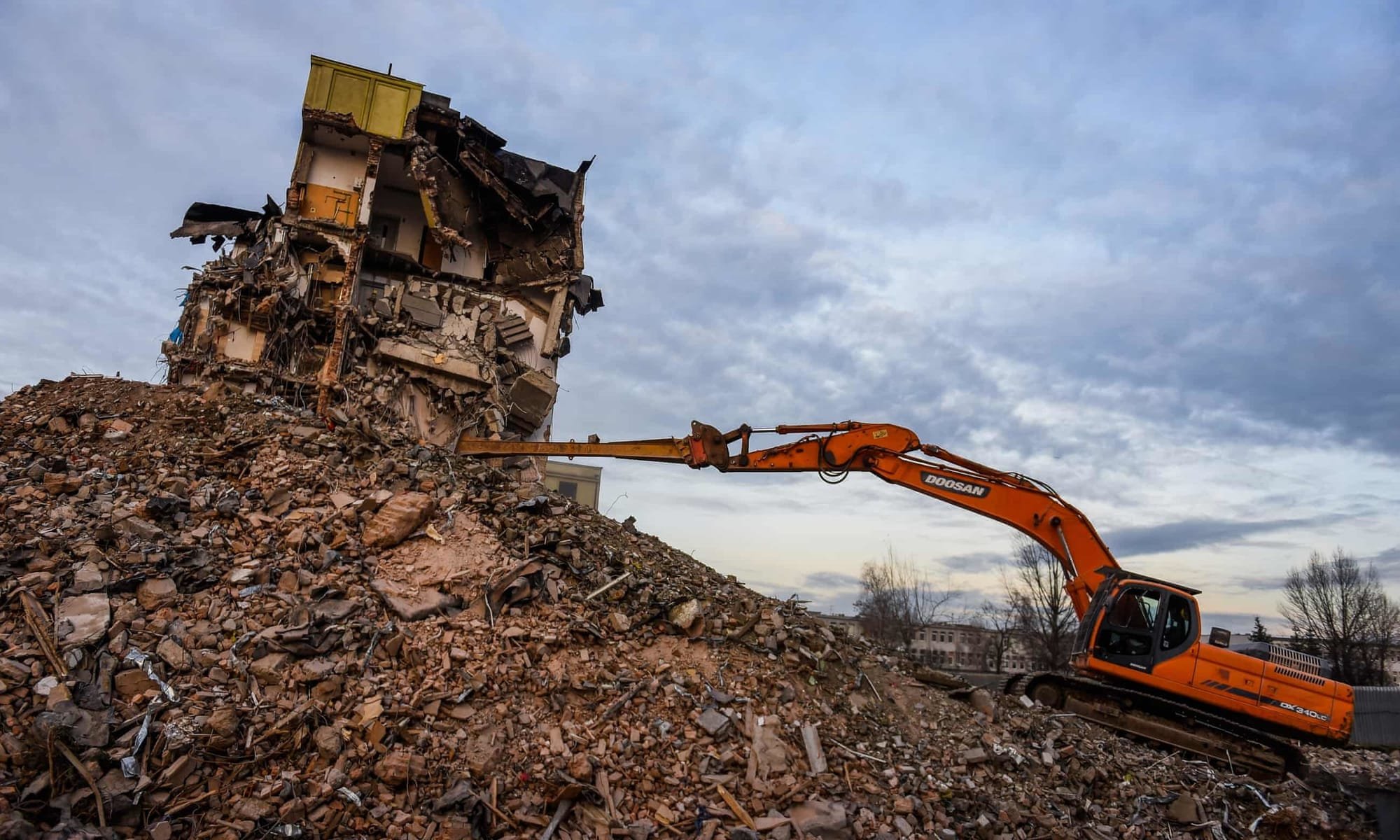 Ever think about the implications of these two words together? Ever wonder why we automatically associate building with destroying.

How about the word demolition itself? What does it mean. Its synonyms are "annihilate, cream, decimate, desolate, destroy, devastate, do in, extinguish, nuke, pull down, pulverize, raze, rub out, ruin, shatter, smash, tear down, total, vaporize, waste, wrack, wreck".

And construction? What does that word mean? What are its synonyms? Clarification, elucidation, exegesis, explanation, explication, exposition, illumination, illustration, interpretation, road map

What an amazing difference. Polar opposites actually. And it brings several questions to mind. Among them: why do we ...

Of course there has always been, and always will be, a need to taking a building down. Time does that all by itself if nothing else. And as Yeats said "things fall apart"; it is the very nature of everything to expire.  Even those built to last thousands of years deteriorate to ruins, but ah what ruins.  And not just palaces can be beautiful ruins. On the island I call home there are old ruins from early settlers, humble and simple for sure. But in many ways just as beautiful as a palace ruin. For you can see the life that was put into them, the life that was sustained, and the slow movement of time upon them.

Many cultures considered such places as holy. For they honored the "time" spent, the lives that were lived, and the feeling is that they are like family members that have departed. They hold a place in our hearts and our imaginations.

But its also the nature of everything to build. Everything builds together to form the whole. That is the fabric of our universe. To build and to expire.

It is also within human nature to destroy perhaps.

I am not trying to unfairly equate demolition of buildings with destruction and the forces in our universe that break down what we build up as a race. I get the difference. But what I want to do is point out the seemingly overlooked dualism here in our industry. C&D in this light represents a basic assumption that what we build with one hand we tare down with the other.

We say a prayer when something dies, but we fail to honor the death of a structure, or rather the live of a structure at its end. I am reminded of a farmer I knew who raised animals for meat. He slew his chickens himself as that was fairly easy, but he had a professional come to the farm to slaughter the pigs and cattle. This butcher was not Kosher, but he believed in honoring the animal before ending its life. It was not a long ritualistic holier that thou thing, he just nodded to each ones existence.